The Emu Park Historical Society was founded on the 16th of March 1983 with its inaugural meeting attended by Thomas Smithwick, M. Frew, Mrs Van Gestal, and Joan Whyte. The Society purchased the old Yeppoon Courthouse (originally the police station at Mount Chalmers) for $125. The building was moved to its current site at 17 Hill Street, Emu Park and was restored. On 6 October 1984 the Emu Park Historical Museum was officially opened.

Since then the Museum has expanded and now encompasses several historical buildings and exhibits. The Glen Geddes Station was acquired and restored, as was a railway camp wagon and trolley shed. Emu Park’s oldest building (in situ), the School of Arts, has also been incorporated into the Museum Complex. 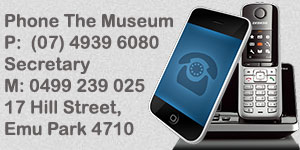 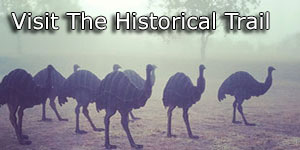